Though in controlling actual cases vis-à-vis estimated cases, the gap is mere 23k in Odisha, SBI report patted Odisha for curbing the COVID19 fatalities by 1.08k 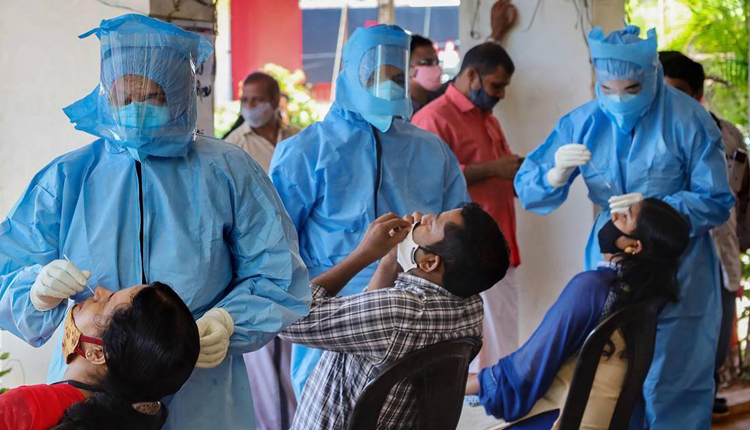 Bhubaneswar: Even as Odisha government was on a high claiming its Ganjam Covid-19 management a model for the nation, and had even showcased nationally how skilfully the State had controlled the novel Coronavirus pandemic in the district, the dampener is Odisha has not been ranked in the top-10 best Covid-19 managed states in the country.

Such a bitter truth has come to fore in the recently released SBI research report on the Union Budget 2021-22. SBI Research is the country’s reputed and leading research agency.

The recent report had put Odisha at a distant 14th rank, and the chart is led by Uttar Pradesh. However, the consolation fact for the State is the report praised Odisha for controlling the fatalities due to COVID-19.

“States’ performance in case of controlling death rate shows that Kerala and Telangana have done well, averting 3800 and 2290, respectively. Even Andhra Pradesh and Odisha have avoided 1410 and 1080 deaths, respectively. On the other hand, more people died in Maharashtra than that estimated by the model (30,950), followed by Delhi with 7,170 deaths more than model estimated.” 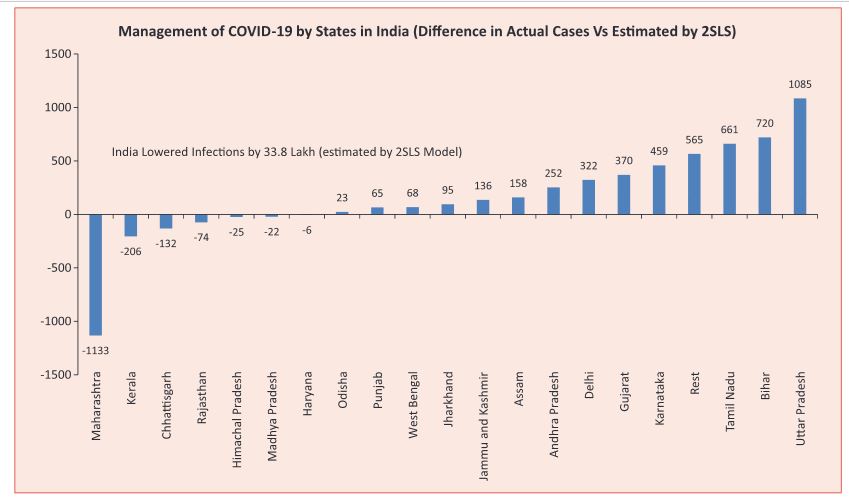 However, Jharkhand and West Bengal displayed a better show in COVID-19 management, if the SBI’s updated report is to be believed.

HOW THE ESTIMATIONS MADE

As per SBI Research Cell,

“To see statistically the state-wise infections, we tested a two-stage least square (2-SLS) panel model with 20-major states considering the monthly data from April 2020 to January 2021. In this 2SLS regression, we first regressed the state-wise test data on population from Apr’20 to Jan’21 to gauge the number of tests that should have been done given the population difference. In Stage 2, the number of confirmed cases was regressed on estimated test numbers calculated in equation 1 to arrive at model estimate of number of cases if the tests were done in accordance with the population size.”

It then further observed,

“The empirical results indicate that India has managed well the Covid pandemic given the large population. Even the economic survey illustrates the same thing by estimating multivariate model. According to the survey results, actual cases in India are 37 lakhs lower than that estimated by the model. Our updated model till 29 January indicates that India has managed COVID-19 very well, by which the infections would have increased by 33.8 lakh. Further, we have averted around 1 lakh deaths if we consider their model.”

About the results SBI said,

“Our model results are almost similar to the Economic Survey results and indicate that Uttar Pradesh has done an incredible job with actual cases 10.85 lakh less than model estimated cases, followed by Bihar (7.2 lakh), Tamil Nadu (by 6.61 lakh). However, Maharashtra, Kerala, and Chhattisgarh stand at the other extreme with actual cases 11.3 lakh, 2.0 lakh and 1.3 lakh more than model estimated.”

WHAT THE ECONOMIC SURVEY 2021 SAID?

As per the Economic Survey (where the data is not up to January 2021), Odisha had been ranked as the 10th best Covid-19 managed state in the country. (See the image below). 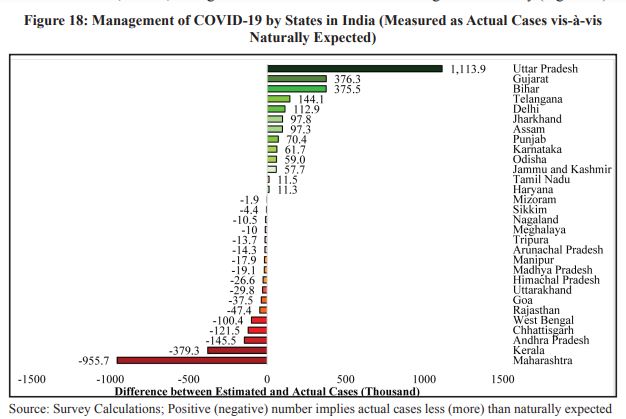 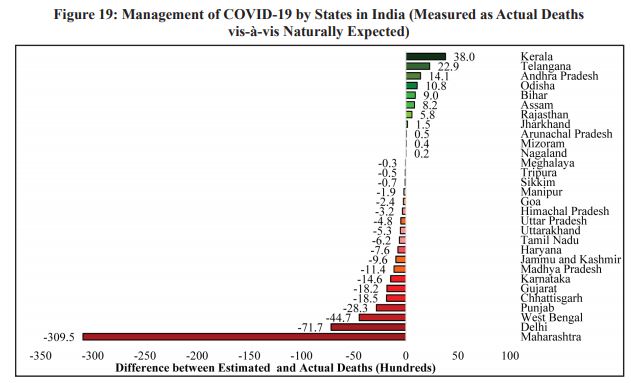 Like the updated SBI report, the Economic Survey 2021 had placed Odisha as the 4th best-managed states in controlling Covid -19 fatality rate in the country. (see the image above)