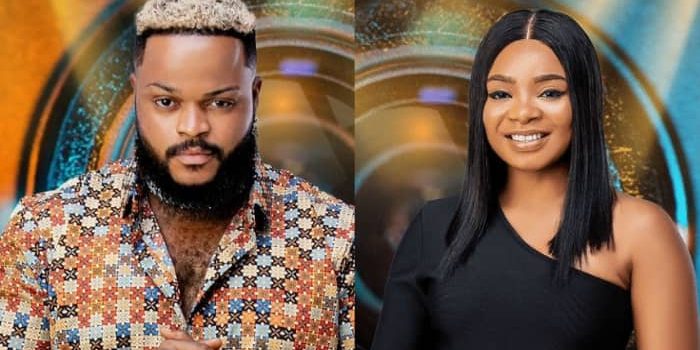 Big Brother Naija Shine Ya Eye Head of House for week eight, Whitemoney, chose Queen as his Deputy, leading to reactions from fans.

Whitemoney chose Queen on Monday, day 51 of the show, after he assumed the role of the Head of House.

Last week, Queen had issues with Whitemoney because of his attraction to Jackie B.

Queen revealed that she doesn’t want Whitemoney to give attention to anyone but her.

During the Sunday live show that led to Jackie B’s eviction, Queen stated that Whitemoney was her ‘acting boyfriend’.

With Jackie B’s eviction on Sunday and her new role as Deputy, it appears Queen has Whitemoney to herself now.

With their new roles, Whitemoney and Queen will stay in the Head of House room for this week as Liquorose and Emmanuel move out of the room.

Reacting to the new development, fans took to Twitter to comment on the new leadership in the house.

A fan, @alexadeiza, said, “Queen must be having the best time of her life. Her co-wife got evicted yesterday, and today Whitemoney is HoH. She’s also not leaving the house yet.”

Another fan, @faithuju1, tweeted, “Queen is one lucky girl and she and WhiteMoney look good by the way.”

@mercyrk1 said, “So Whitemoney and Queen are leaving the blue room for Emmanuel and Liquorose. This HoH is a family affair.”

“Whitemoney picked Queen as a DHOH. I need such acting boyfriend in my life now,” @benoni3241 said.

“Whitemoney sha get mind to pick Queen as DHOH after all she put him through last week,” @iamsharonseth said in Pidgin.

Hailing Queen, @augus_oka said, “Queen is a smart player,she entered the game and went straight to Whitemoney became friends and today she is entering final week with him.”