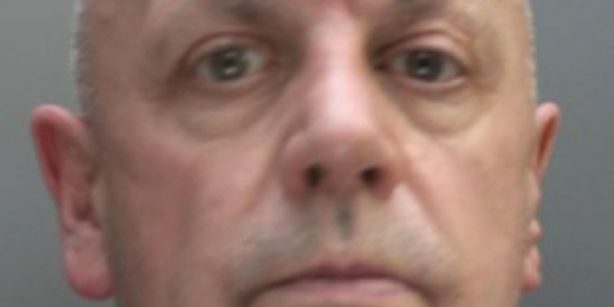 A “jealous and controlling” husband who stabbed his wife up to 300 times during a “barbaric” killing has been jailed for a minimum of 18 years.

George Leather, 60, used four different knives to mutilate the face and head of Asda worker Paula Leather, 56, to such an extent she had to be identified by a tattoo and her watch.

Having broken multiple blades during the murder, Leather left his partner her for dead at the foot of the stairs in their Prescot, Merseyside, home and went for a shower.

He initially denied murdering the beloved grandmother and was set to stand trial, but on Friday morning changed his plea to guilty at Liverpool Crown Court.

Jailing him for life, Judge Andrew Menary, QC, said: “It was an episode of unspeakable and barbaric savagery.”

The court heard the couple were together for more than 40 years and had three adult children and one grandchild during their 34-year marriage.

But shortly after 1am on November 16 last year, Leather’s brother Peter Leather received a call saying “he had better get round” to the couple’s house.

Gordon Cole, QC, prosecuting, said Peter and his wife Jayne were concerned about his mental health and because for more than 20 years Leather had accused his wife of affairs.

He said other witnesses described Leather as “extremely jealous and possessive”, and that he didn’t want Paula to have contact with friends and family.

He also damaged and destroyed property when he lost his temper with her, the court heard.

However, Mr Cole said there was no evidence to indicate Paula was having any affair, and in fact the evidence “proves to the contrary”.

Leather’s sister-in-law called police at 1.18am telling them Leather made clear he had killed his wife and she was at the bottom of the stairs.

Police and paramedics could do nothing to save her when they arrived at the property in Tinling Close.

Neighbours spoke of hearing noises at around 11pm on November 15, with a woman screaming and repeatedly shouting “George”.

Officers found Paula covered in blood, which was also spattered on the floor, walls and various items, including broken knives, blades and handles in the hall, lounge and kitchen.

When interviewed, Leather couldn’t explain how he had become so violent but believed she had been “unfaithful”.

Leather said they had an argument during which he punched her, knocking her to the floor before going to the kitchen for a knife, the court heard.

Paula’s three adult children all read out powerful and moving statements in which they blasted the dad who had controlled their mum and taken her life in a savage attack.

Julian Nutter, defending, said Leather, who had no previous convictions, had spared his family the ordeal of a trial by pleading guilty.

He accepted that three psychiatric reports had found no evidence of anything to support a defence of diminished responsibility.

He said Leather still loved his family and considered Paula “to be the best wife a man could ever want” and still loved and missed her.

Judge Menary, QC, told Leather: “Frankly it is impossible to overstate the level of violence you used – a feature of this case which is bound to have a profound and lasting effect on her family.”

The judge said it was also clear she was “a loyal and supportive wife despite at times your very difficult and undermining attitude towards her”.

Judge Menary added any suggestion of unfaithfulness “was a figment of your imagination”.

The judge also made an indefinite restraining order preventing Leather from contacting his children, Paula’s sister, his brother and his wife.