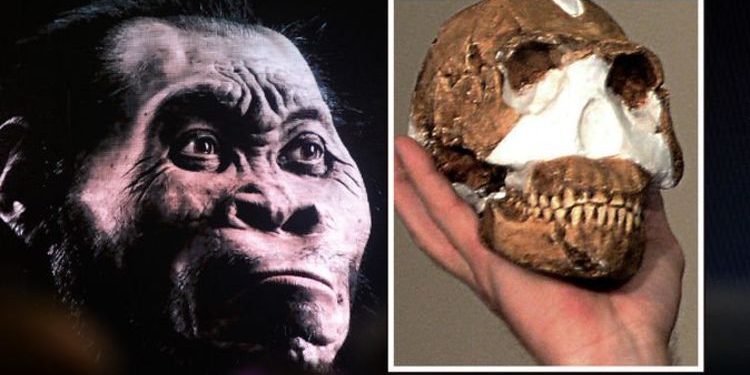 Sign up for FREE for the biggest new releases, reviews and tech hacks

We use your sign-up to provide content in ways you’ve consented to and to improve our understanding of you. This may include adverts from us and 3rd parties based on our understanding. You can unsubscribe at any time. More info

Africa has proved to be the richest source of human fossils over the decades. Lucy, an Australopithecus genus of the early hominins, was discovered in 1974 in Ethiopia. She soon proved to be one of the earliest known human ancestors — around 3.2 million years old.

Modern humans are believed to have evolved in East Arica much later on, around 200,000 years ago.

But fossils recovered from an old mine on a desolate mountain in Morocco in 2017 flipped this timescale on its head, with skeletons and tools later dated to around 300,000 years ago.

There has been no shortage of breakthrough finds in the past decade, including the discovery of an entirely new Homo species found by two cavers in 2015 in South Africa.

Dr Lee Berger, a paleoanthropologist based in South Africa, had been exploring the Rising Star cave system in the country’s south, mapping out all the locations he had yet to reach — with one cave range soon to offer evdience for a new Homo species — Homo Naledi.

Lucy: Her skeleton was discovered in Ethiopia in 1974 (Image: GETTY)

His discovery was explored during the Smithsonian Channel’s documentary, ‘The Life of Earth: The Age of Humans’.

He explained: “I had this map I created of almost 800 cave sites that were all entryways into the underworld that I hadn’t been in yet — and that was the mission.”

He had heard rumours of human remains within one of the passageways, and launched an investigation through the challenging terrain, gaps in the cave often only a body-wide.

Dr Berger said: “I was speechless, there I saw something I thought I would never see in my entire career, there was a clearly primitive hominid just lying there on the surface in the dirt.”

JUST IN: Europe on brink of winter gas crisis as prices soar 35%

Cave exploration: The researchers had to navigate nooks and crannies throughout the cave system (Image: Youtube/Smithsonian Channel)

He and his research team went on to uncover bones from 15 separate skeletons, dating from the time humans first spread across Africa.

These remains ranged from infants to elderly adults.

It soon became clear, however, that the bones were not human, and belonged to a totally new species.

Homo naledi would have appeared like a human rom a distance.

However, on closer inspection, their proportions would be clearly very different: they were very short and had smaller heads and narrower shoulders, with completely different facial features.

Homo naledi: The remains in their entirety (Image: Youtube/Smithsonian Channel)

Lee Berger: The paleoanthropologist holds the skeleton’s head at an unveiling in 2015 (Image: GETTY)

Naledi joined the ranks of other human-like species that existed in parallel to Homo sapiens 300,000 years ago.

Some of these included Homo erectus and Homo neanderthalensis.

Its discovery was the largest such find ever made on the African continent.

Many mysteries continue to surround Homo naledi, including how the remains got into the caves, what its tools were like, and how it survived alongside bigger-brained species.

Archaeological discoveries: Some of the most groundbreaking discoveries on record (Image: Express Newspapers)

Dr Rick Potts, a paleoanthropologist at the National Museum of Natural History, said the find and ones like it are increasingly tossing aside the idea of a linear human evolutionary scale.

He said: “We used to see human evolutionary history as that march of progress, from ape-like to human beings.

“Instead, what we’ve learned is that there were contemporaries.

Archaeology mysteries: It is unknown how the remains found their way into the cave (Image: GETTY)

Homo naledi has so far only been found in South Africa’s Cradle of Humankind World Heritage Site, about 40 kilometres from Johannesburg.