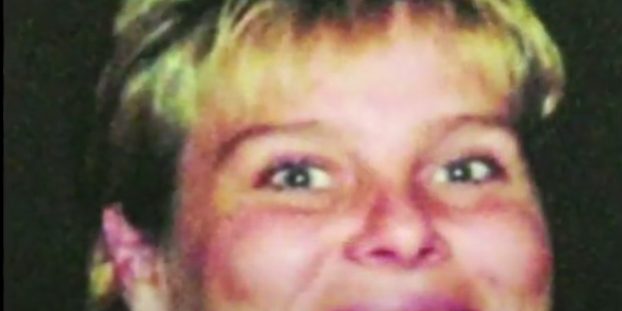 ‘We have no reason to believe it was a targeted attack or anything of that sort. It kind of leans more to a randomness or mistaken identity,’ says Barrie detective

Editor’s note: This week, BarrieToday is profiling some of the unsolved homicides in and around the city. To read Part 1, click here. For Part 2 about Jaimee Lee Miller, click here.

A $50,000 reward has not been quite the key needed to unlock the mystery of who shot April Dobson, and why, as she sat on a friend’s porch ready to usher in a fall weekend more than 15 years ago.

The 40-year-old mom went to a Browning Trail home after working at Swiss Chalet on Molson Park Drive — now called Mapleview Drive — on Oct. 14, 2005 to help her colleague with her car. When they were done, they, along with another woman living at the house, decided to take advantage of the mild fall evening to relax on the porch.

It was late, after midnight, as they enjoyed Thanksgiving leftovers with some wine when a single gunshot rang through the air.

Dobson, whose back was toward the street, was struck with one bullet in the back of the head in what appeared to be a random shooting.

She was killed instantly.

Moments later, a neighbour spotted a young man running east. He got on what was described as a mountain-style bike and then headed south on the catwalk from Browning Trail to Bronte Crescent. Police figure he lived in the neighbourhood or at least was familiar with it.

The cyclist and what he saw or did is considered crucial in the case. Police don’t know if he was involved in the shooting or if he just happened to be in the area for some other reason. But because they don’t know who he is, they haven’t been able to ask him.

A composite image was created based on the description and circulated.

Police canvassed the area extensively, talking to close to 800 people and identified about 300 people as potential witnesses. But they weren’t able to identify the person seen fleeing on a bike that night.

Dobson had never been to that house before and why she died remains an unanswered question.

Investigators haven’t established a motive, but one of the theories is that it may have been unintentional or resulting from an accidental discharge.

“Only the person who did it knows the true motivation,” said Breedon. “We have no reason to believe it was a targeted attack or anything of that sort. It kind of leans more to a randomness or mistaken identity.

“There’s still other options there that we don’t know and we won’t truly know until we can find the person that’s responsible,” he added.

Fragments of the single bullet shot have been found. Police believe it to be more consistent with a smaller-calibre firearm, such as a handgun as opposed to a high-powered hunting rifle.

Given general interest in hunting, sport shooting and even gun collecting, it’s not unusual to see weapons in people’s homes, said Breedon, adding there is also an illicit underground market for them.

“It’s not uncommon for people to have them,” he said. “The problem is with any firearms in our society today is there’s an opportunity for them to be misused or taken or stolen or appropriated through different circles illegally.

“Again, that’s a whole other factor. We don’t know if it is a legally owned firearm or it could be an illicit firearm that’s popped up who knows from where,” Breedon added.

Somebody, he said, has to know something or have heard something — information that could well make a difference in solving the case.

As the years passed and the case remained unsolved, Dobson’s mom, Barb Monaco, appealed to the public for help. In a tearful plea, she said the killing forever changed her life.

“Please give us answers to questions we cannot resolve,” she said in a police video.

In the intervening years, there have been great technological advances in policing tools, but police expect resolution of the case will more likely come as a result of people providing information.

Breedon said investigators have been monitoring advances in DNA technology and continue to stay on top of any new and developing tools.

Even just 16 years ago, home security systems — which are vital in today’s investigations — were a rarity and even cellphones were not as ubiquitous.

The bottom line, says Breedon, is information provided by people is really what’s expected to make the difference.

“It’s still unsolved and there’s still a family that is looking for something to tell them why this happened or some closure about why this had to happen,” said Breedon, who took charge of the case in 2019 when he joined the force’s homicide unit. “It doesn’t end with any one investigator or any one member of the team.

“There’s information out there and it has to come from people in the community. … These things have much less of a chance of being resolved unless somebody’s willing to participate and provide information that they have,” said Breedon.