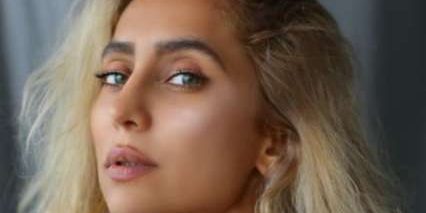 In the bold picture, Anusha can be seen seated comfortably on a bed clad in a cardigan, open from the front and with no lingerie underneath. Model, singer, actress and Vj, Anusha Dandekar recently made headlines for getting real about dealing with her breakup with actor Karan Kundrra. The diva, who is known to never mince her words, opened up about her heartbreak, current relationship status and how she dealt with her split with Karan that the couple announced towards the end of last year.

And now, the VJ is in the news yet again for her savage reply to an Instagram user who said she had an extra pair of bra and could “courier” it to Anusha.

The comment came in response to a photo Anusha recently shared on her Instagram handle in which she can be seen raising the temperature in a drool-worthy, hot photo flaunting her toned figure.

In the bold picture, Anusha can be seen seated comfortably on a bed clad in a cardigan, open from the front and with no lingerie underneath. She captioned the post, “If you’re going to lock me down, let me be locked with the things I love…”

As soon as the picture hit the photo-sharing platform, while several of Anusha’s fans rushed in to praise her beauty, a user tried to troll her by asking to share the address as she wants to courier a bra to her.

Giving a befitting reply to the user, Anusha wrote, “you keep them, I’m good without. Thanks.” 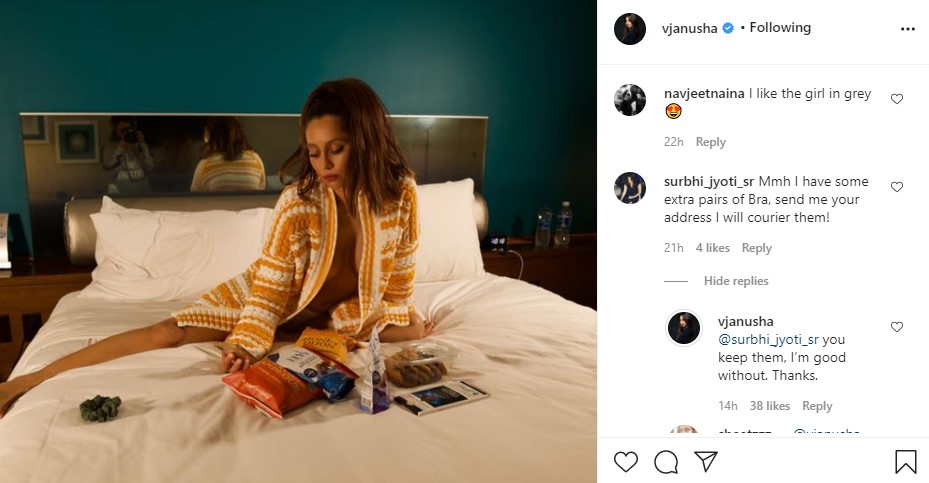 Meanwhile, TV actor and model Jason Shah confirmed earlier today that Anusha and he are in a relationship.