Anti-social behaviour in Galway: ‘It has never been as bad as it has been’ 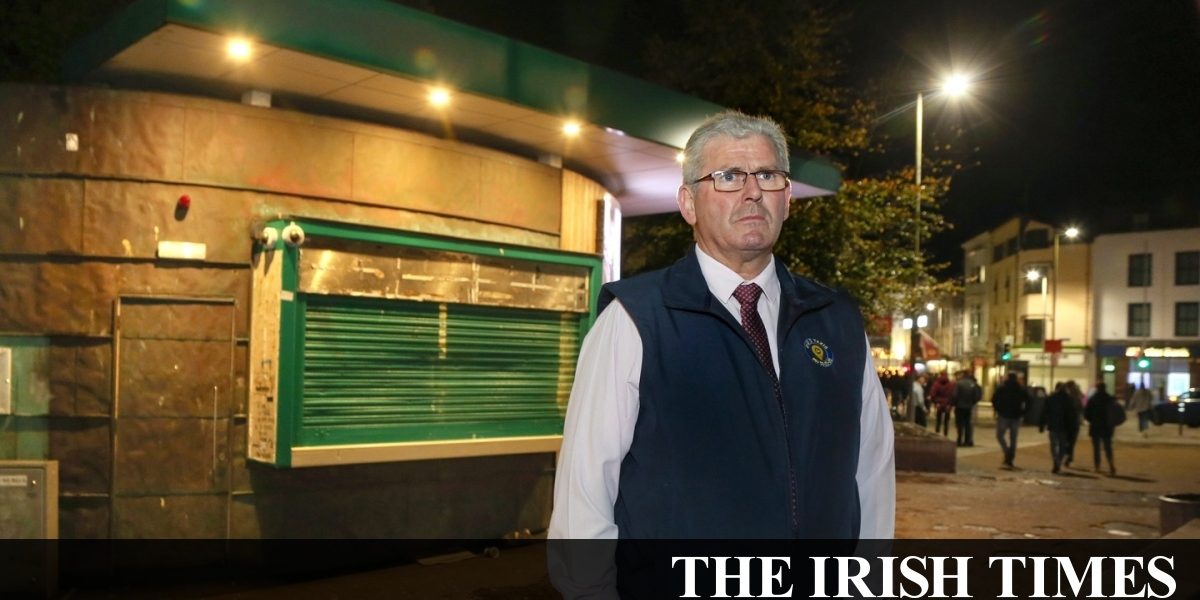 The unmistakable sound of a firework tears across the sky above Eyre Square, Galway, leaving a blue and red streak in its wake, before detonating. The gathered crowd flinches for half a second, before carrying on with their Saturday evening.

“I just think it’s really disrespectful people are still letting off fireworks considering what happened to that poor girl,” said Lindsay Rogerson, who has been living in Galway since 2015.

An incident on October 21st led to a young woman sustaining “life-changing injuries” following the detonation of a firework in the Eyre Square area.

“I’ve been living here for the last six years and over the last few weeks in particular I don’t feel safe in Galway, there’s an uneasy atmosphere that wasn’t there before,” Ms Rogerson said.

“There’s no respect for other people, and in general, there’s just no cop on.”

The October 21st incident has shaken the city, known for its vibrant nightlife and reputation as a safe place to enjoy a night out.

The Irish Times was in Eyre Square on Saturday night and an increased Garda presence in the area was apparent.

“Don’t let me see you holding that again. Go throw that in the bin right now,” a member of the Garda instructed a young man holding a bottle of Buckfast.

A bustling crowd was present to celebrate the Halloween festivities, but sporadic detonations of fireworks and bangers created a somewhat tense atmosphere.

Diarmuid Kelly, out for the night with a group of friends, said ever since Covid-19 restrictions lifted, “Galway has gone mad altogether”.

“Ever since the guards cracked down on places like Spanish Arch all the buzz has moved up to Eyre Square, which is fine during the summer but on a dark night like tonight the visibility isn’t as good and you could easily get jumped by someone coming out of a bush or from a darkened area,” said the Mayo man who has been working in Galway since 2017.

Frank Fahy, a Fine Gael councillor, notes the meeting spot was “a safe place to be”, before Covid-19 but the pandemic has led to an increase in anti-social behaviour in the area, something that led to a suggestion from the local Garda chief superintendent Tom Curley last month that Eyre Square might have to be closed after dark.

“I’ve been a taxi driver for 30 years and a politician for 10 and let me tell you, Galway has never been as bad as it has been over the last year,” Fahy told The Irish Times in Eyre Square on Saturday night.

As mayor of Galway city from 2015-2016, he travelled to numerous European capitals and remarked on the difference between other European cities and Galway. “In every other European city, there’s a major police presence in their central areas like Eyre Square . . . there was a culture of respecting the area around you.”

He has called for a “zero-tolerance” approach to anti-social behaviour in Galway, and an increased Garda presence. “What we have here tonight is a good start, there are two gardaí on patrol now, but we have a long way to go until we get on top of the problem,” he said.

Fianna Fáil Senator Ollie Crowe called for the disused tourist kiosk in Eyre Square to be turned into a Garda hub.

Cllr Fahy was less enthusiastic about the idea. “Surely you’d need two gardaí in there manning it? What we need is feet on the ground, not lads sitting down behind a desk,” he remarked.

Born “250 yards” from Eyre Square, Mr Crowe said Galway City Council need to “face up to the reality” of the situation in Eyre Square.

“Eyre Square is the first thing tourists see when they come into the city, and tourism is such a vital source of revenue for the city. This crime issue has become such a problem, I have constituents ringing me day and night expressing concern about the problem, and that’s not good for the city.”

The upcoming Christmas market in Eyre Square is seen by some as a possible solution to the problem, but the Fianna Fáil Senator said this notion merely “papers over the cracks”.

Mr Crowe says he has written to Minister for Justice Helen McEntee to “sort the problem” and to “bring a solution” to the issue in the city.

Labour Party councillor Níall McNelis said a “solution-based and proactive” response is needed. “More funds need to be diverted towards tackling the problem, and more gardaí need to be hired.”

The incident in Eyre Square on the night of October 21st was a symptom of the lack of resources gardaí have in the city, he added.

“The night of the 21st there were three Garda cars covering an area from Salthill to Oranmore [which is an area of 12km] and there was a multi-car collision. Two of those Garda cars were occupied to deal with that particular incident, leaving only one Garda car to deal with all incidents in an area that broad, including the one that happened in Eyre Square.”

Miserable weather on Saturday night last, along with the increased Garda presence, however contributed to a relatively trouble-free night in the city.