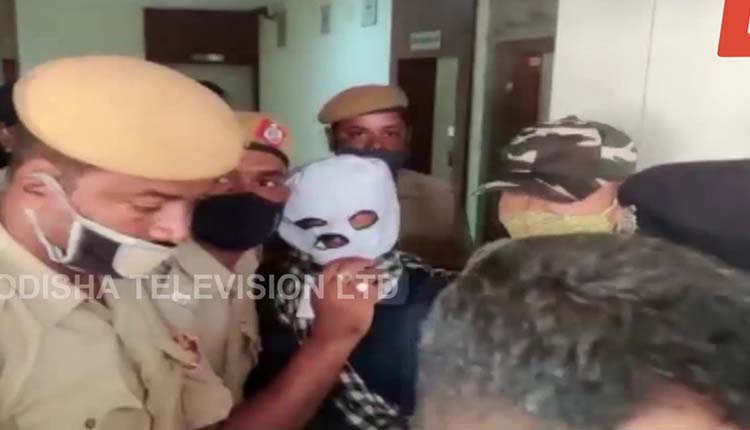 Bhubaneswar: The arrest of Biban Biswal, the prime accused in the 1999 Anjana Mishra gang rape case in Odisha, has brought a fresh ray of hope for the survivor who has been fighting a lone battle for justice for the past 22 years.

Over the years, the survivor remained firm on the conspiracy theory behind the crime that occurred on the night of January 9, 1999. Anjana alleged that Biban Biswal along with Pradeep Sahu and Dhirendra Mohanty gang raped her on the direction of then Odisha Chief Minister Janaki Ballav Patnaik and then advocate general Indrajit Ray.

“Janaki Ballav Patnaik and Indrajit Ray were the main conspirators. I request CBI not to waste any further time and take the case forward by proving the conspiracy angle,” Anjana said while speaking to OTV after the arrest of Biban.

As both JB Patnaik and Indrajit Ray are no more, all eyes are now on the next move of the Central Bureau of Investigation (CBI), the probe agency in the case, to prove the conspiracy theory and bring out the truth.

The survivor further raised doubts as to how a local criminal like Biban fled from Odisha after the crime and lived clandestinely for 22 years.

“Certainly, there was political patronage otherwise how the police and CBI could not nab him and he fled the State. As there is plenty of evidence against him, he will be now proved guilty,” Anjana added.

The Commissionerate Police, which nabbed Biban from Maharashtra, has also hinted at role of some influential persons in helping the accused flee the State.

Commissioner Sudhanshu Sarangi said, “As he was the main accused, someone would have helped him in fleeing. Otherwise, he could not have fled the State. But I cannot say who was he/she.”

Meanwhile, two CBI officials have met the Police Commissioner in connection with the gang rape case. While it is believed that the officials held a discussion over the arrest of Biban, the central agency has not yet made any comment.

It is believed that the CBI may take the accused on remand soon and also conduct Test Identification (TI) parade. Besides, it may assemble all the evidence and take ahead the trial process.

Chandra, CBI special advocate said, “I have come only to discuss some secret matter. This can be termed as a courtesy visit. The matter cannot be disclosed.”

Senior lawyer Sourachandra Mohapatra said that if police would submit statements of the witnesses recorded under Section 299 at that time, if any, it will be accepted by the court as proof because the accused (Biswal) was not present at that time.

Earlier today, Geetanjali Biswal, wife of Biban Biswal rubbished the claims of the Commissionerate Police that he was in touch with his family in the last 22 years.

“He (Biban) was neither with us nor did he ever make any contact with any of our family members. He had remained incommunicado for the last 22 years. We had no contacts with him ever since he left home,” said Geetanjali.