Akon wants to run a Senegal city on cryptocurrency—could it work? 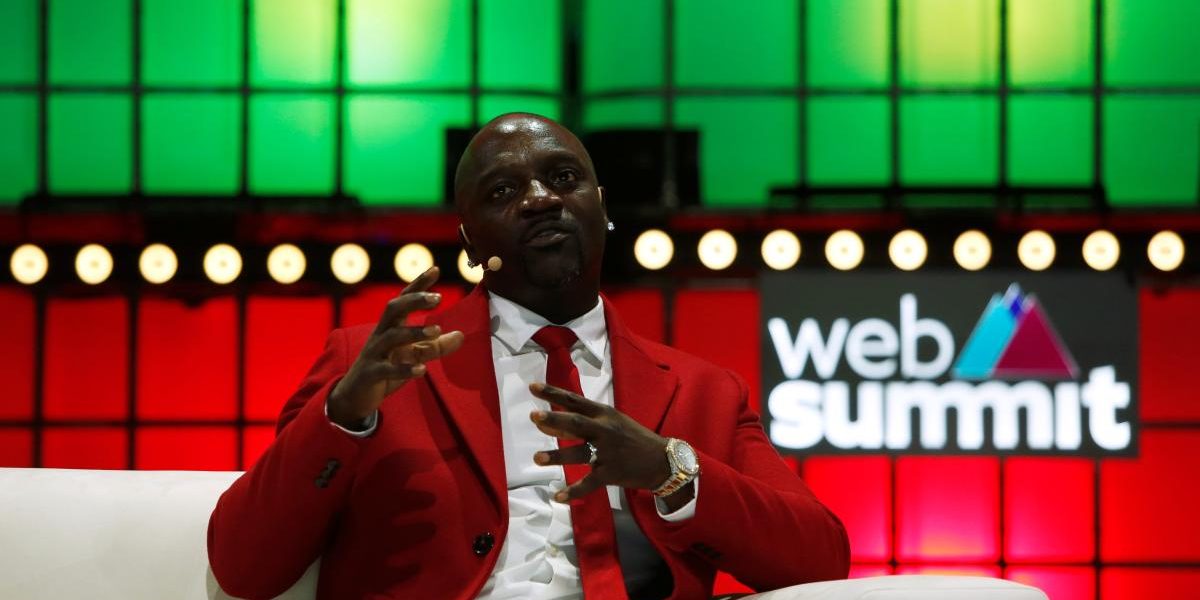 Plans announced by Senegalese-American singer Akon last August to build “Akon City,” a futuristic hub in his ancestral homeland, were initially greeted with enthusiasm. But that quickly gave way to confusion: What was “Akoin,” and why was it appearing on billboards, postcards, and candy wrappers across the country advertising the 2,000 acre project?

Envisioned as a sustainable smart city, Akon City has been pitched as a residential and commercial hub, complete with resorts, towering condos, recording studios, a stadium, and e-commerce franchises. The city will run on solar and wind energy to circumvent the country’s unreliable power supply. It will also run on Akoin, a new cryptocurrency currently being piloted by the Grammy Award-nominated singer.

“I think that blockchain and crypto could be the savior for Africa in many ways because it brings the power back to the people and brings the security back into the currency system,”  Akon explained at the 2018 Cannes Lion Festival in France. “[It] also allows the people to utilize it in ways where they can advance themselves, and not allow governments to do those things that are keeping them down.”

The gap between the singer’s vision and the response on the ground provides a fascinating snapshot of the role cryptocurrency is playing across the continent.

“Akon City would be situated in Senegal and not on an autonomous island. And so the financial laws governing the rest of the country would also apply there,” cautions Paul Diack, a Dakar-based fintech journalist.

Akon is hoping the alternative models proposed by Akon City will help Senegal, a country dealing with mass protests in the wake of an economic crisis, tackle poverty and youth unemployment. Construction on the project is expected to start this year, and is expected to cost around $6 billion, pooled between Akon and outside investors. The singer this week also announced plans to build a “sister” Akon City in Uganda.

Akoin is envisioned not just as a utility token, but as an ecosystem of tools and services designed for entrepreneurs. It is backed by a multi-currency wallet and decentralized exchange that allows users to trade with each other interchangeably or between major cryptocurrencies without the major hurdles or fees of traditional money exchanges. Users can eventually convert their tokens into fiat currencies or purchase mobile phone airtime. Akoin can be purchased via a secure online wallet using major cryptocurrencies such as stellar, bitcoin, ethereum, or with credit and debit cards.

The central hope of Akoin is to minimize the barriers to entry faced by many entrepreneurs and small businesses such as the extensive paperwork required by banks.

“The Akoin ecosystem will be the infrastructure that allows African entrepreneurs to take part in the gig economies, and will provide the tools they need to compete in the realm of international business for the first time,” the project’s website explains. “With Akoin, African entrepreneurs will have access to financial, health, education, technology, professional, governance and land services, using the Akoin Token as a central medium of exchange.”

But why create an entire new crypto and not use existing ones? According to the singer’s plans, Akoin is envisioned not just as a cryptocurrency, but a means of transaction in a bigger business ecosystem that be a gateway for global brands to access the continent, and benefit Africans specifically.

It sounds impressive but unsupportive government regulations could pose a challenge to massive adoption of the coin in Senegal and perhaps beyond.

Senegal uses the CFA franc as a currency, as do the eight mostly French-speaking countries in west Africa. The currency is issued and regulated by a Dakar-based central bank known as BCEAO, which has warned that the adoption and usage of crypto is illegal with commercial banks operating in the union are forbidden to process crypto transactions. They have also warned those using international crypto platforms or P2P apps as potentially “unsafe investment instruments. ”

The Akoin platform wants to leverage the existing network of prepaid mobile airtime vendors as a tool to provide financial services to the unbanked population, but that will largely depend on mobile telecommunications companies, whose financial services are also regulated by the central bank.

“Mobile telecoms firms will face sanctions if they ignore alerts from BCEAO. The only legal tender we have in Senegal is CFA franc. Would merchants accept the Akoin? How do we use it to pay for our children’s school fees or hospital bills?” These are some of the questions about the project being asked by Diack. “BCEAO may likely not give the green light for Akoin this time, because if they do it could disrupt the entire financial system of the region, which is about the most stable in Africa.”

The crypto trend in Africa

The Akoin Foundation is working to secure partnerships with companies across Africa willing to adopt the token and integrate it into their digital infrastructure, according to its founding documents (the Foundation did not respond to a request for comment.)

Established companies and startups in Africa are willing to have a shot at blockchain-based financial platforms, but are concerned about the position of central regulators, most of whom are hostile to crypto adoptions, says Clement Gbegnon, a Togo-based risk analyst formerly with the West African Development Bank.

“Payment solutions and investment firms across Africa would like to jump on the crypto bandwagon, but securing a license for legal operations is near impossible presently. Most of those doing crypto-related businesses on the continent are not recognized by their authorities,” Gbegnon says. “Africa seems to be a fertile ground for cryptocurrencies but the boom will only be achieved if they are allowed to operate legally, not necessarily as legal tenders, but as alternative financial solutions.”

The growth of crypto activities in Nigeria, the continent’s largest economy and the world’s third largest place for cryptocurrency trade in terms of volume, yielded some hope that the trend could go continent wide. But an unexpected ban on cryptocurrency exchanges in the country by Nigeria’s Central Bank last February sent shock waves through the African crypto community.

Akoin has partnered with Mwale Medical and Technology City, a $2 billion tech hub in Kenya with 35,000 residents and over 2,000 merchants, to be its sole currency and payment processor. The token has entered its pilot phase in the metropolis, without any objections from authorities for now, according to Julius Mwale, the project’s principal investor.

The Kenyan government encourages electronic money transactions nationwide but is yet to make its stance on cryptocurrency public.

Insaf Nori is one of the directors of Decred (DCR), a cryptocurrency popular in Morocco, where cryptos remain prohibited, but which saw transactions soar this year via Paxful and LocalBitcoins, according to local reports.  He believes African governments will eventually yield to the pressure as more crypto projects and adopters emerge.

“Central banks and financial regulators in Africa are currently feeling the heat. They know the aspirations of the young crypto-friendly generation, but are concerned about insecurity due to the anonymity in blockchain transactions,” Nori says.

Crypto is not yet popular in Senegal, and while mobile money transactions have become increasingly popular, most daily business is still done in cash. The singer is banking on the coin’s African focus to change that.

Yet even in the West, very few vendors and businesses accept crypto for payment which would make the widespread adoption of Akoin unprecedented.

The violent protests that recently paralyzed Senegal following the arrest of an opposition figure were in part an outcry from the youth against unemployment and economic hardship.

Beside providing jobs and boosting business, Akon City has proposed building homes for international visitors and locals to rent or buy, in a bid to deal with Senegal’s massive housing shortage. Its housing ministry already regularly encourages nationals in the diaspora to invest in the sector.

Akon’s highly successful Lighting Africa project, which has provided scalable solar power solutions to millions of households across 18 countries since launching in 2014, could also serve as credentials for those considering investing in Akon City, and using Akoin.

“There is the general fear that cryptos are run by scammers and that investing in them is tantamount to throwing your money into the sea,” says Adoum Weibigue, a product expert at the Research Laboratory on Institutions and Growth (LINC) of Cheikh Anta DIOP University in Dakar. “But Akoin was introduced by our own son, Akon, who loves Senegalese and who wants us to prosper.”

Akoin’s success will ultimately hinge on its approval, recognition, and uptake in Senegal. But as with elsewhere on the continent, the crypto project puts into perspective a multitude of socioeconomic issues which traditional policies have struggled to address.