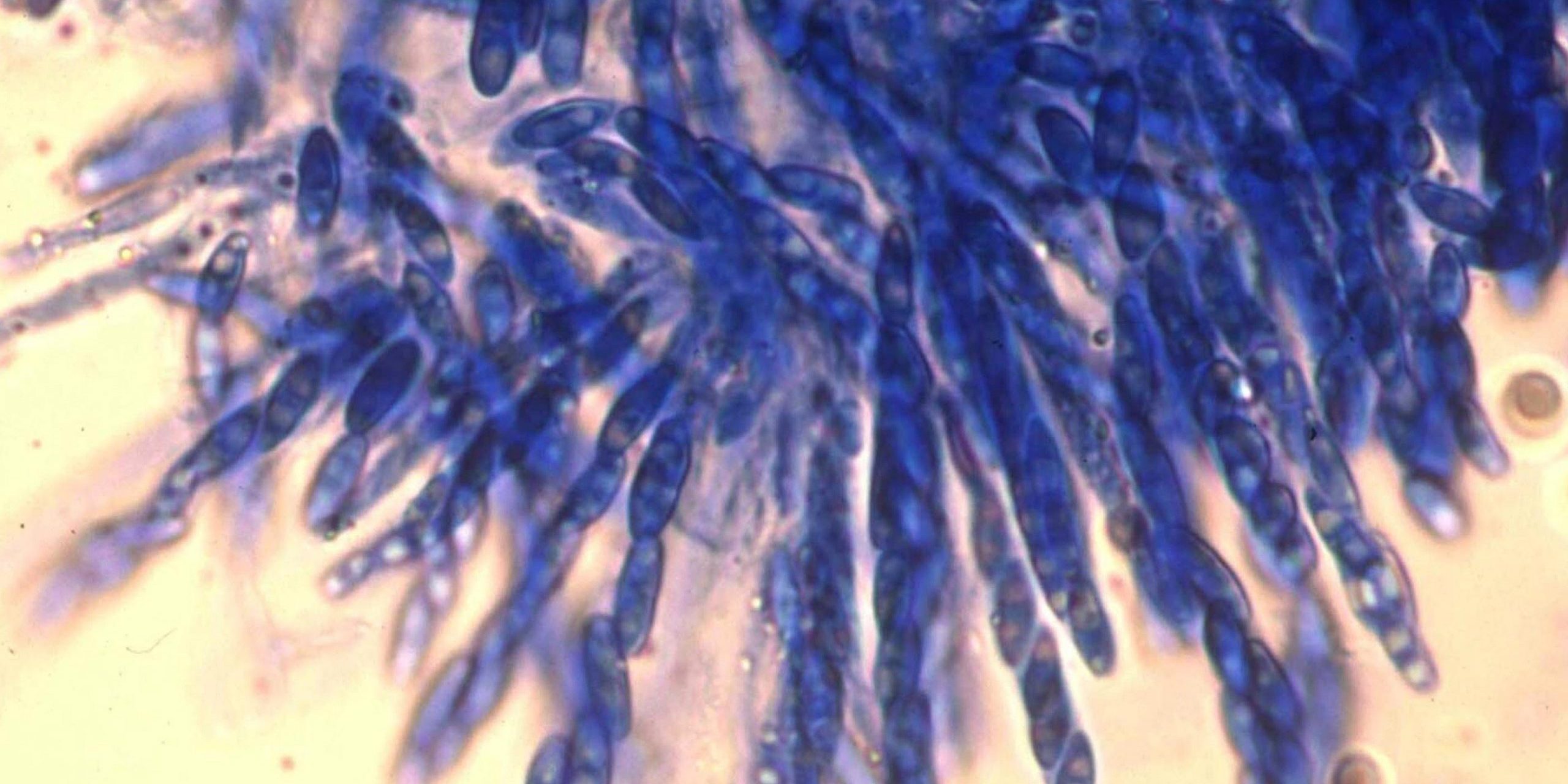 Researchers have re-animated specimens of a fungus that causes coffee wilt to discover how the disease evolved and how its spread can be prevented.

Coffee Wilt Disease is caused by a fungus that has led to devastating outbreaks since the 1920s in sub-Saharan Africa, and currently affects two of Africa’s most popular coffee varieties: Arabica and Robusta.

“If we can understand how new types of diseases evolve, we can give growers the knowledge they need to reduce the risk of new diseases emerging.” — Lily Peck

The new research shows that the fungus likely boosted its ability to infect coffee plants by acquiring genes from a closely related fungus, which causes wilt disease on a wide range of crops, including Panama disease in bananas.

The researchers say this knowledge could help farmers reduce the risk of new disease strains emerging, for example by not planting coffee together with other crops or by preventing the build-up of plant debris that could harbor the related fungus.

The research team, from Imperial College London, the University of Oxford, and the agricultural not-for-profit CABI, also say that studying historical samples in CABI’s culture collection could provide a wealth of insights into how crop diseases evolve and find new, sustainable ways to fight them. The study is published today in BMC Genomics.

First author of the study Lily Peck is studying on the Science and Solutions for a Changing Planet Doctoral Training Partnership at the Grantham Institute and the Department of Life Sciences at Imperial. She said: “Using ever-higher volumes of chemicals and fungicides to fight emerging crop diseases is neither sustainable nor affordable for many growers.

“If we can instead understand how new types of diseases evolve, we can give growers the knowledge they need to reduce the risk of new diseases emerging in the first place.”

The team re-animated cryogenically frozen samples of the fungus that causes Coffee Wilt Disease. There have been two serious outbreaks of the disease, in the 1920s-1950s and between the 1990s-2000s, and it still causes damage.

For example, in 2011, 55,000 Robusta coffee trees were killed by wilt in Tanzania, destroying 160T of coffee in the process – equivalent to over 22 million cups of coffee. In the outbreak beginning in the 1920s, Coffee Wilt Disease infected a wide range of coffee varieties, and was eventually brought under control in the 1950s by management practices such as burning infected trees, seeking natural resistance in coffee, and breeding programs that selected for more resistant plant varieties.

However, the disease re-emerged in the 1970s and spread extensively through the 1990s-2000s. Two separate disease populations have been identified with each only infecting specific types of coffee: one infecting Arabica coffee in Ethiopia, and the other infecting Robusta coffee in east and central Africa. The team wanted to investigate how the two strains had emerged.

In a secure lab at CABI, they re-awakened two strains from the original outbreak, collected in the 1950s and deposited into CABI’s collection, and two strains each from the two coffee-specific fungal strains, with the most recent from 2003. They then sequenced the genomes of the fungi and examined their DNA for evidence of changes that could have helped them infect these specific coffee varieties.

They discovered the newer, variety-specific fungi have larger genomes than the earlier strains, and they identified genes that could have helped the fungi overcome plants’ defenses and survive within the plants to trigger disease.

These genes were also found to be highly similar to those found in a different, closely related fungus that affects over 120 different crops, including bananas in sub-Saharan Africa, causing Panama disease, which is currently devastating today’s most popular variety, the Cavendish banana.

While strains of this banana-infecting fungus are known to be able to swap genes, conferring the ability to infect new varieties, the potential transfer of their genes to a different species of fungi has not been seen before.

However, the team note that the two species sometimes live in close proximity on the roots of coffee and banana plants, and so it is possible that the coffee fungus gained these advantageous genes from its normally banana-based neighbor.

Coffee and bananas are often grown together, as coffee plants like the shade provided by the taller banana plants. The researchers say their study could suggest not growing crops with closely related diseases together, like banana and coffee, could reduce the possibility of new strains of coffee-killing fungi evolving.

The evolution of outbreaks

The researchers are now using the re-animated strains to infect coffee plants in the lab, in order to study exactly how the fungus infects the plant, potentially providing other ways to prevent the disease taking hold.

“Our aim is to replicate this study for many plant pathogens, eventually drawing up a ‘rule book’ of how pathogenicity evolves, helping us to prevent future outbreaks where possible.” — Professor Timothy Barraclough

The insights could also be applied to different crop plants, where other closely related plant pathogens could make similar leaps, causing new diseases to emerge. Having shown the value of examining historical specimens of plant disease, the team plan to replicate the study with other diseases stored in CABI’s collection, which hosts 30,000 specimens collected from around the world over the past 100 years.

Lead researcher Professor Timothy Barraclough, from the Department of Zoology at Oxford and the Department of Life Sciences at Imperial, said: “The historical approach shows us what happens to a plant pathogen before and after a new outbreak of disease occurs. We can then study the mechanisms of evolution and improve predictions of how similar outbreaks could occur in the future.

“Our aim is to replicate this study for many plant pathogens, eventually drawing up a ‘rule book’ of how pathogenicity evolves, helping us to prevent future outbreaks where possible.”